On this page you will find descriptions of how practical problems related to the work situation of a professional group have been tackled, which solutions have been devised and how the Solution-Focused Approach can be improved. A big thank you to the colleagues for their contributions on this page, colleagues who have been following training courses at Solutions Centre!

‘Helping mentally challenged clients get a grip on life’ 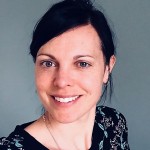 Liselot works as a behavioural scientist, pedagogue for children with special needs and coordinator of the solution-focused approach at Cosis, an organization for clients with a mental handicap, Groningen, The Netherlands.

‘At the Family Development Department of Cosis we offer guidance and treatment to families whose children and/or parents have a mental handicap. Recently, together with the family coach, I went to visit a client, a mother with a mild mental handicap. The family coach had visited the family regularly in recent months, but for me this was the first acquaintance. Since her divorce, the mother had been raising her two children, aged 8 and 12, on her own. The family coach told me that the mother had not been very talkative because she had been distrustful of counsellors, partly because her children were temporarily evicted from her home last year.

The family coach started the conversation by asking the mother ‘how is it going? The mother said her ex-husband  had caused a  lot of hassle and he had said very nasty things about her. After a while I joined the conversation by asking the mother if i could ask her some questions. That was all right with her and I asked her if she could tell me about her children’s strengths. At first she seemed a bit insecure but with a little help the mother started to mention more and more strenghts about her children. Then I asked about her own strengths, the things about herself that she is proud of. First, she said with a smile, ‘that I am still standing on my own feet!’

After that she mentioned more and more and I saw her attitude and appearance change. She sat up more upright, got a more open face and smiled more. After that we talked about the satisfactory moments she had with her children, what they look like, how she feels about them, and how she would be able to create more of these moments.

On the way back in the car, the family coach said that she had never seen the mother so open before. She asked me where I had learned all those wonderful questions that I asked and she wanted to know everything about it. We made an appointment in which I told her a few things about the solution-focused approach. Another week later the family coach told me that the mother had become much more vigorous. She stood up for herself in a conversation with her ex-husband and had proudly told her family coach it!

For me, this example is a confirmation of how powerful the solution-focused approach can work. Simply by shifting the focus from talking about problems to talking about strengths of her children and of the client herself, the conversation tilted and the client became more assertive, vigrous and the working-relationship with the family coach improved.’

What can Solutions Centre do for you?

We want to hear from you!

We are fine-tuners for your organization!